The European Law department and the Library, Documentation and Publication department moved to the new premises. The library itself remained in the main building.

Since crossing the street between the two buildings involved passing two very busy carriage ways and two sets of tram rails, it can be called a miracle that no Institute staff ever had an accident.

The Institute’s hardware and computer programmes had an easier deal: somewhere during the first half of the 1990’s a cable was put down underground across the street to connect the computers of the two buildings and thus make a network possible. 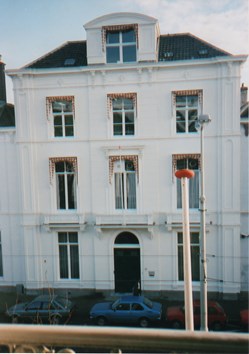