The reason that almost all lawyers in the Netherlands who studied law from the middle of the 1970’s until today know of the T.M.C. Asser Instituut is its student readers. From the foundation of the Institute onwards documentation materials were disseminated for students, although it is now not quite clear in what form this took place. In 1975, true to its mission, student readers with legislative sources of European (EEC) law, uniform for all universities, were produced, thus showing that the Asser Institute was a truly inter-university institute. Reasons were lower costs through larger printing runs and making full use of both the experiences of the university teachers and the very detailed documentation collections of the Institute.
Over the years readers on private international law, public international law and other subjects were to follow.

In 1997 there was, for that one year, a significant reduction in the number of student readers published, viz. only two: International Environmental Law and Case law Substantive Law (of the Court of Justice of the EC).

At first, publication was done by the so-called Publikatiedienst [Publications unit] (see 1977) of the Institute, later by Asser Press (see 1999). 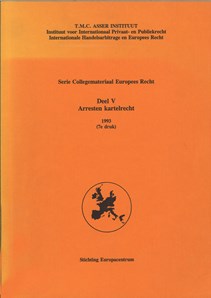 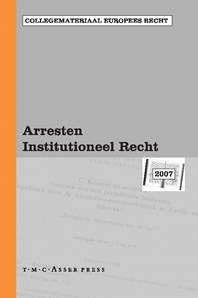 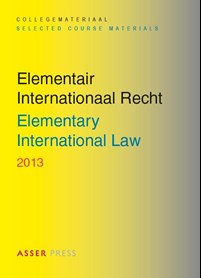