When in 1999 T.M.C. Asser Press was established the new publishing house took over the activities of the Institute’s Publications unit (see 1977). At the end of the same year an experienced publisher was hired and the Press started the new millennium with two and a half full time equivalent on the pay roll and a fresh concept for its publishing activities.

In the meantime electronic publishing became booming, a development that would not be ignored. As of 2004 the Asser Press journals and Yearbooks appeared both in print and electronically through CUP. The great leap forward in this respect came when in 2010 a contract was signed with the German publishing house Springer Verlag. Since then all Asser Press books have appeared in any format thinkable and are marketed and sold through Springer’s excellent worldwide marketing and sales network. In 2015 the Asser Press journals followed. Apart from the distribution and marketing Asser Press benefits from Springer’s innovative production systems as well. The Dutch language publications are anno 2015 distributed by Ten Brink Uitgevers in Meppel.

In the course of its 15 years of existence the contribution of T.M.C. Asser Press to the results of the Asser Institute has steadily grown. Apart from that Asser Press has acquired a solid name in the realm of international law publishing. 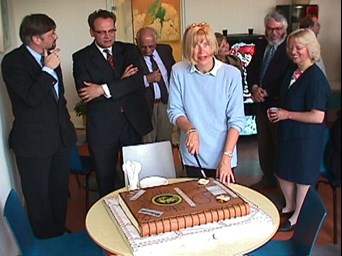