Categorising Migration and the Role of International Law

This year Professor Saskia Sassen will deliver the annual keynote lecture of the T.M.C. Asser Institute. In her lecture, she will present her ideas on an underexposed type of migrant: the refugee of ‘economic development’.

Sassen will reflect whether and how international law has a role to play in this context. Sassen’s book on expulsions discusses these new types of migrants, who are expelled from their traditional life spaces and live on the ‘systemic edges’ of society. Think of people who were forced to move because of climate change or land grabs and ended up in the informal settlements of metropoles in the global South, but think also of the homeless and workers that lost their jobs on the countryside in the global North.

Many migrants of ‘economic development’ are pushed and pulled towards cities. Unfortunately they often end up at the fringes and have an existence facilitated by the informal sector. To an extent, it is normalised that cities consist of places where the usual rules of law and the routines of a dignified life have less meaning. I wonder whether recognising them as a new category of migrants will do good. On the one hand, there is a need for recognition for those who are unacknowledged from having claims on justice. On the other hand creating more categories of migrants can be problematic.

Cities already face difficulties in providing their residents with adequate housing and other types of infrastructure. An influx of migration enhances the pressures on such systems and can simultaneously incite debates on who has ‘more’ right to these infrastructures. Migration is already categorised. While refugees of conflict are to some extent welcomed to stay in cities, low-income economic migrants are not always welcomed. The latter are often seen as a group that is there to take advantage of the city’s services. Do low-income economic migrants always fit Sassen’s category of the refugee of economic development? Maybe not. Thus I wonder whether we need more categories or if we should open up existing categories?

Undoubtedly, Sassen rearranges our thinking about today’s injustices, which makes me look forward to learn how Sassen perceives and envisions a new legal framework that addresses them.

**Lisa Roodenburg is a PhD researcher on ‘Diversity and identity in Global Cities: human rights as a source of trust' at T.M.C. Asser Instituut.** 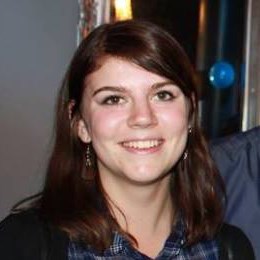