Launch of the book Foreign Fighters under International Law and Beyond

On 31 May 2016, the T.M.C. Asser Instituut hosted the launch of the book Foreign Fighters under International Law and Beyond and a subsequent panel discussion. The event followed the earlier co-launch of the book at the Scuola Superiore Sant’Anna in Pisa last week. The book comprehensively addresses the foreign fighter phenomenon from a variety of perspectives in order to better understand it and to assist those grappling with issues associated with foreign fighters. It also aims to present deeper observations about foreign fighters that are insightful to future conflicts and dilemmas beyond the current situations in Iraq and Syria.

Following introductory remarks by Asser Senior Researcher and ICCT Research Fellow Dr Christophe Paulussen, Dr Francesca Capone, a Research Fellow in Public International Law at the Scuola Superiore Sant’Anna and the Didactic Coordinator of the Master in Human Rights and Conflict Management at the same institution, briefly presented the book and outlined the multidisciplinary approach taken. The main goal was to better understand the foreign fighter phenomenon – namely, by answering the questions of who foreign fighters are, why they leave their homes to join foreign wars, how dangerous they truly are, and how to best counter the phenomenon. 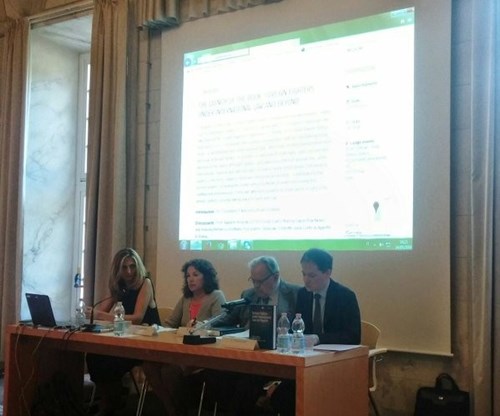