Recently, a new ICCT paper was published by Asser Senior Researcher and ICCT Research Fellow Christophe Paulussen. The Research Paper explores how the foreign fighters phenomenon and terrorism more generally is repressed in Western Europe. It looks at a few specific repressive measures announced or adopted by France and the Netherlands, as well as criticism expressed against these proposals and measures. In addition to these two detailed analyses, references is made to other developments in Western Europe which appear to be indicative of a more general trend in which human rights increasingly seem to be put on the back seat when countering the phenomenon of foreign fighters and terrorism more generally. In the final section, a number of concluding thoughts and recommendations are offered which explain why only a response based on human rights will be effective in countering this global problem in the long run. 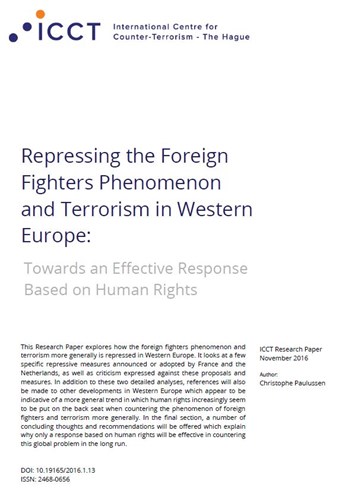