Report: Conference on the Establishment of the European Public Prosecutor’s Office (EPPO): “State of Play and Perspectives”

On 7 and 8 July 2016, the Asser Institute hosted a one and a half day Conference on the Establishment of the European Public Prosecutor’s Office (EPPO): “State of Play and Perspectives”. The event was organised by the Asser Institute and Leiden University, and financially supported by the European Anti-Fraud Office (OLAF). The conference drew 80 participants, including civil servants from the EU and its Member States, judges, prosecutors, and academic and practicing lawyers. Leading experts in Europe provided their views on the challenges concerning the establishment and functioning of the EPPO, followed by discussions among panel members and with the audience. Many participants also expressed positive comments during and after the conclusion of the event. 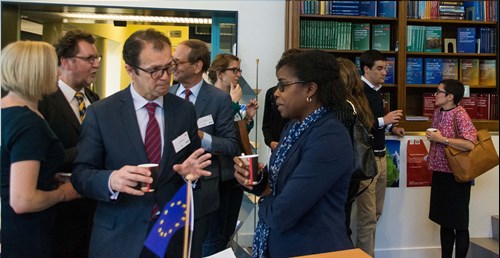