The Global City: Challenges, Trust and the Role of Law

The Global City Project examined the global city as the crucial place where citizenship and fundamental rights have been debated in the past and in the present, and questioned the role and position of the global city on the international stage. Throughout the ages, the global city has been in the forefront of trust-related challenges. The great diversity of social, economic and ethnic backgrounds, religions, and lifestyles brings questions such as ‘how to live together?’ and ‘how to create an urban culture of respect and trust?’, as well as ‘what role can law play in the cultivation of such a culture?’ In early modernity as today, the city has contributed to the development of international law and and vice versa the development of international law has shaped cities. This relationship between cities and international law has been at the centre of research of the Global City Project. 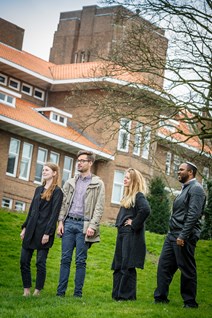