A recording of this event is available on YouTube.

Artificial intelligence is starting to permeate many aspects of our lives and autonomous weapon technologies are the subject of increasing academic attention, not least in the recently published Oslo Manual. During this lecture, Professor Bill Boothby will consider what we mean by autonomy, will describe the international law rules that seem most relevant when considering the acceptability of such technologies, and will reflect on some ideas of agency in the autonomous age.

Air Commodore Bill Boothby (Retd) served for 30 years in the Royal Air Force Legal Branch, retiring as Deputy Director of Legal Services in July 2011. In 2009 he took a Doctorate at the Europa Universität Viadrina, Frankfurt (Oder) in Germany and published ‘Weapons and the Law of Armed Conflict’ through OUP (now in its 2nd Edition) in the same year.  His second book, ‘The Law of Targeting’, appeared with the same publisher in 2012.

He has been a member of Groups of Experts that addressed Direct Participation in Hostilities and that produced the HPCR Manual of the Law of Air and Missile Warfare, the 2013 Tallinn Manual on the Law of Cyber Warfare and the Leuven Manual on Peace Operations Law.

His third book, addressing conflict law, was published in 2014. In March 2018, with Professor Wolff Heintschel von Heinegg, he published with CUP a Detailed Commentary on the US Department of Defense Law of War Manual, and his edited volume on New Technologies and the Law in War and Peace was published by CUP in December 2018.

He is Honorary Professor at the Australian National University and also teaches at the University of Southern Denmark and at the Geneva Centre for Security Policy.

The DILEMA Lecture Series regularly invites academics and other experts working on issues related to the project to present their work and share reflections with a general audience comprising researchers, students, and professionals. Topics of interest within the scope of this lecture series include technical perspectives on military applications of AI, philosophical enquires into human control and human agency over technologies, analyses of international law in relation to (military) AI, including international humanitarian law and international human rights law, and interdisciplinary contributions related to these topics. Learn more here.

The DILEMA Project explores interdisciplinary perspectives on military applications of artificial intelligence (AI), with a focus on legal, ethical, and technical approaches on safeguarding human agency over military AI. It analyses in particular subtle ways in which AI can affect or reduce human agency, and seeks to ensure compliance with international law and accountability by design. It investigates why it is essential to safeguard human agency over certain functions and activities, where it is most critical to maintain the role of human agents, and how to technically ensure that military technologies are designed and deployed in line with ethical and legal frameworks.

In February 2021, the Asser Institute will host its third annual winter academy on ‘Artificial intelligence and international law.’ This state-of-the-art training programme will be hosted in an online format and will take place over six days, split across two weeks: 10-12 February and 17-19 February. Learn more and register here. 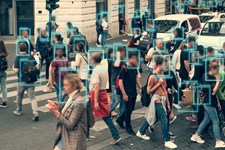