Hybrid, internationalized or mixed criminal tribunals are those tribunals which are half national, half international in nature. This can be discerned from 1) the way they were established (e.g. agreement between the host state and the UN), 2) their subject matter-jurisdiction (both international crimes and national crimes) and 3) their staff (both local judges/prosecutors and international staff). Tribunals which are often mentioned in this category are the 1) Special Panels and Serious Crimes Unit in East-Timor; 2) Regulation 64 Panels in the Courts of Kosovo; 3) Special Court for Sierra Leone; 4) Extraordinary Chambers in the Courts of Cambodia; 5) Special Tribunal for Lebanon; 6) Extraordinary African Chambers and the recently established 7) Kosovo Specialist Chambers and Specialist Prosecutor’s Office .

The UN acted as transitional authority in East Timor between the end of the Indonesian occupation in 1999 and independence in 2002. This UN Transitional Authority in East Timor (UNTAET) installed the Special Panels for Serious Crimes (SPSC) in Dili, East Timor. After the UN Investigative Commission ended its job, reporting killings, destroyed property and evictions, the Panels started off in 2000. Concerning jurisdiction, the Panels covered serious international crimes (including genocide, war crimes, crimes against humanity and torture) on the basis of universal jurisdiction and national crimes committed between January and October 1999. The crimes charged by the Panels were only crimes against humanity and national crimes. The Panels consisted of one national and two international judges, thus creating a hybrid tribunal. The Tribunal had primacy over national courts with respect to crimes within their exclusive jurisdiction. At the time the Special Panels were established, the UNTAET also founded a Public Prosecution Service, including a Serious Crimes Unit (SCU), separately from the national judicial structure. This Unit was not part of the Special Panels but operated quasi separately from the Court, which was part of the national structure of the Dili District Court. The fact that the SCU was dominated by international staff also proves its distinct position. Although the SPSC and SCU dealt with quite many cases, there were also problems, including a lack of cooperation from Indonesia. After the independence of East Timor in May 2002, the SPSC and SCU continued until May 2005, when the UN support was withdrawn and the operations indefinitely adjourned.

Regulation 64 Panels in the Courts of Kosovo 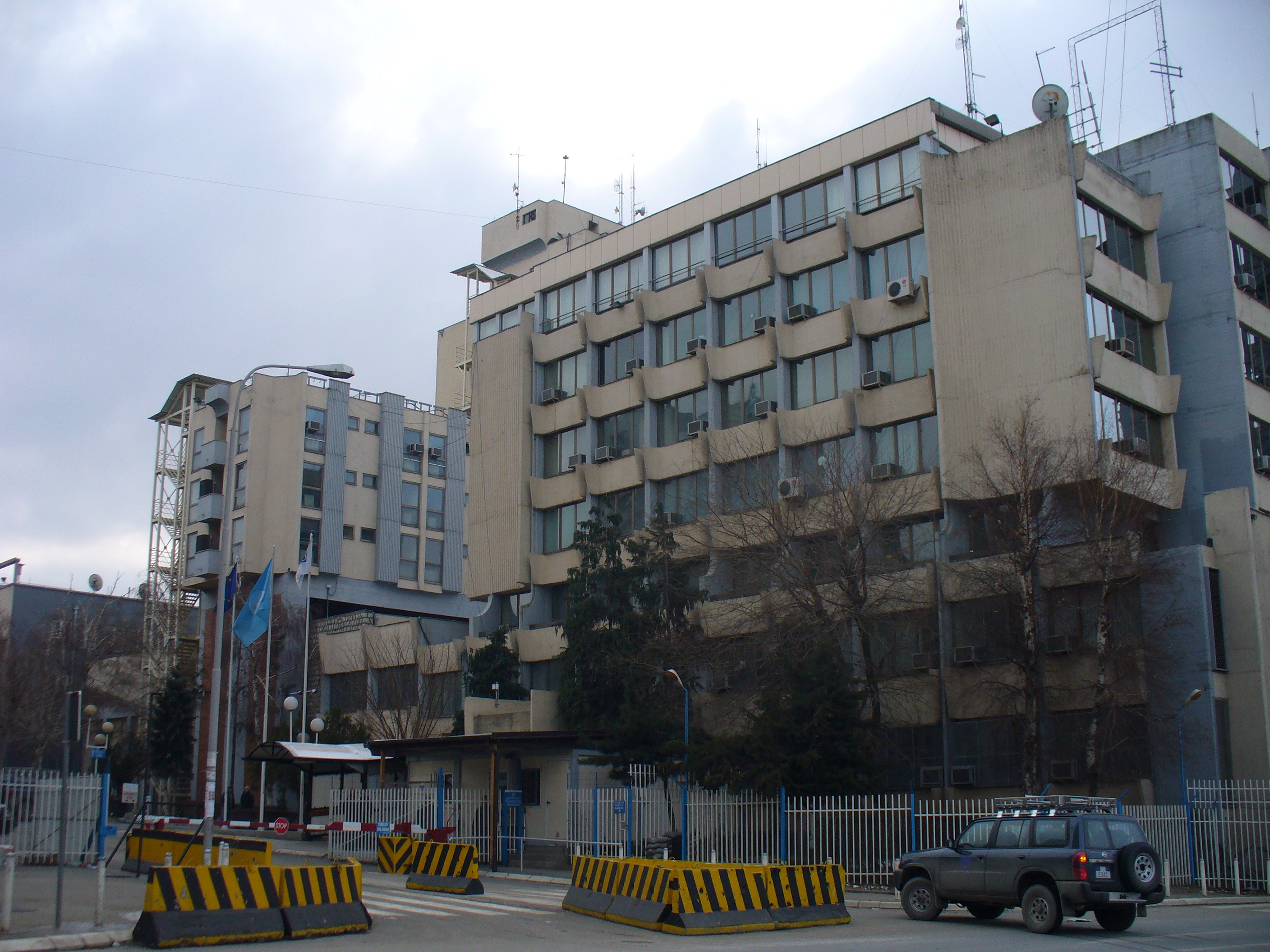 After the Kosovo war ended, the UN Interim Administration Mission in Kosovo (UNMIK) wanted to arrange prosecution of those responsible for crimes committed in Kosovo in 1999. Thereto UNMIK made it possible for international judges to serve together with domestic judges in existing courts in Kosovo, as well as for international prosecutors and defense lawyers to help out their Kosovar counterparts. By strengthening the domestic judicial system it would be possible to take up cases, which the ICTY could not deal with due to lack of resources and mandate. However, there were great problems concerning finances, organizational issues and political games that impeded the functioning of the ethnic-Albanian-dominated panels. Initially the panels were not restricted with respect to the cases they could take up. Also there were only a few international judges, which made up the minority on the panels. Because of a lack of international expertise there was not enough impartiality, resulting in unsubstantiated verdicts and acquittals. Therefore, UNMIK Regulation 2000/64 provided for panels consisting of at least two international judges (who can also constitute the majority) and one judge from Kosovo that should take up cases where it is “necessary to ensure the independence and impartiality of the judiciary or the proper administration of justice”. Generally these are cases involving serious crimes. This is why these panels are called ‘Regulation 64 Panels’. The Regulation 64 Panels dealt with more than 20 trials. However, there have been problems of capacity due to the low number of international judges and prosecutors. 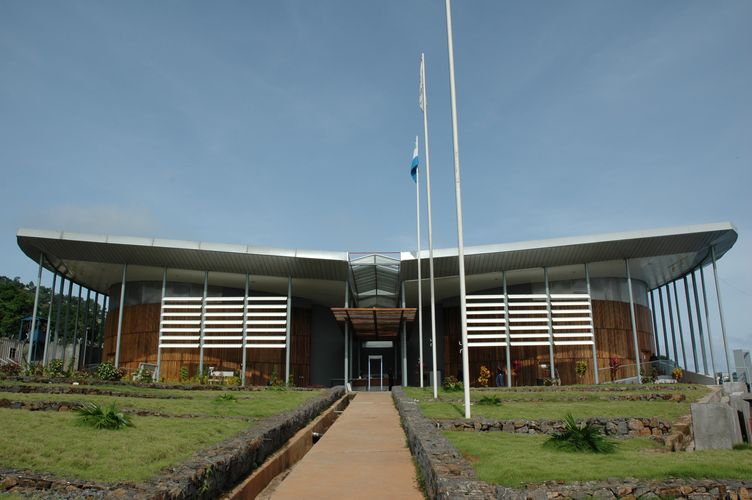 The Special Court for Sierra Leone ("Special Court", SCSL) was installed by agreement between the United Nations and the Sierra Leonean government pursuant to Security Council Resolution 1315 (2000). The Court has to "prosecute persons who bear the greatest responsibility for serious violations of international humanitarian law and Sierra Leonean law" committed in Sierra Leone after 30 November 1996 and during the Sierra Leone Civil War. The court has offices in Freetown, The Hague, and New York City. The Prosecutor issued 13 indictments in 2003. Two of those indictments were withdrawn in December 2003 due to deceases. The trials of three former leaders of the Armed Forces Revolutionary Council (AFRC), two members of the Civil Defence Forces (CDF) and of three former leaders of the Revolutionary United Front (RUF) have been completed. On 26 September 2013, former Liberian President Charles Taylor was convicted on appeal, the first African head of state to be convicted for war crimes. The SCSL has jurisdiction to try any person who committed crimes against humanity against civilians, violations of Common Article 3, Additional Protocol II, other serious violations of international humanitarian law, abuse of girls under Sierra Leone's Prevention of Cruelty to Children Act 1926, or wanton destruction of property under the Malicious Damage Act 1861. However, the SCSL does not have jurisdiction over children under the age of 15 at the time of alleged commission of the crime. The SCSL and national courts of Sierra Leone have concurrent jurisdiction, but the SCSL takes primacy when there are conflicts of jurisdiction. Previous amnesties do not bar trials at the SCSL. For more information on the legacy of the SCSL, see here.

Extraordinary Chambers in the Courts of Cambodia 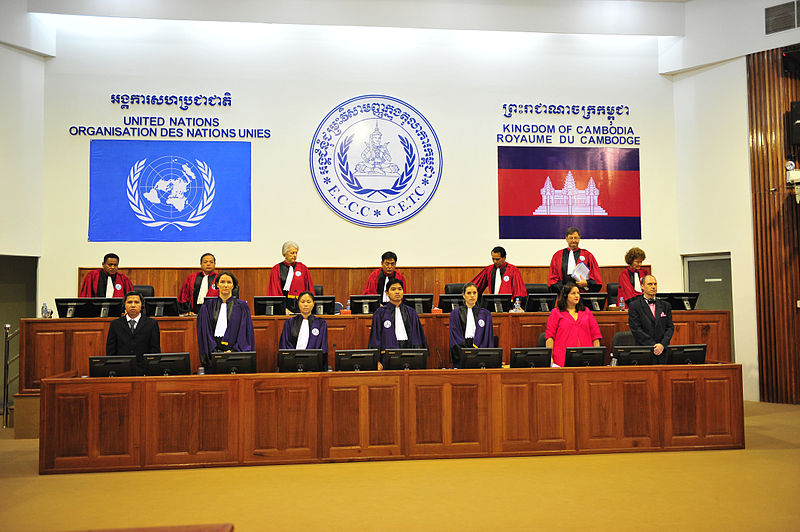 The Cambodia Tribunal or Khmer Rouge Tribunal (Extraordinary Chambers in the Courts of Cambodia) is a court set up by agreement between the United Nations and the Cambodian government in 2003. The ECCC is still part of the Cambodian court structure and receives assistance through the UN Assistance to the Khmer Rouge Trials (UNAKRT). Because there are both local and foreign judges on the bench, of whom local judges form a majority, it is also considered a hybrid court. The mandate of the ECCC is to try “senior leaders of Khmer Rouge and those most responsible for the crimes and serious violations of Cambodian penal law, international humanitarian law and customs, and international conventions recognized Cambodia, that were committed during the period from 17 April 1975 to 6 January 1979.” This means that the ECCC has the power to bring suspects to trial for homicide, torture, religious persecution, genocide, crimes against humanity, grave breaches of the Geneva Conventions, destruction of cultural property and crimes against internationally protected persons. The ECCC finished Case 001 concerning Kaing Guek Eav (‘Duch’), see here (judgment Trial Chamber) and here (judgment Supreme Court Chamber). He was convicted for crimes against humanity and grave breaches of the Geneva Conventions of 1949 resulting from crimes committed in Phnom Penh and within the territory of Cambodia. Case 002 involved Nuon Chea, Khieu Samphan, Ieng Sary and Ieng Thirith. Ieng Sary died and Ieng Thirith suffers from dementia. Nuon Chea and Khieu Samphan still stand trial. There is criticism on the ECCC for the early closing of Cases 003 and 004, including suspects whose names have never been officially enclosed. The Cambodian government would allegedly be involved in the decision to drop the cases. 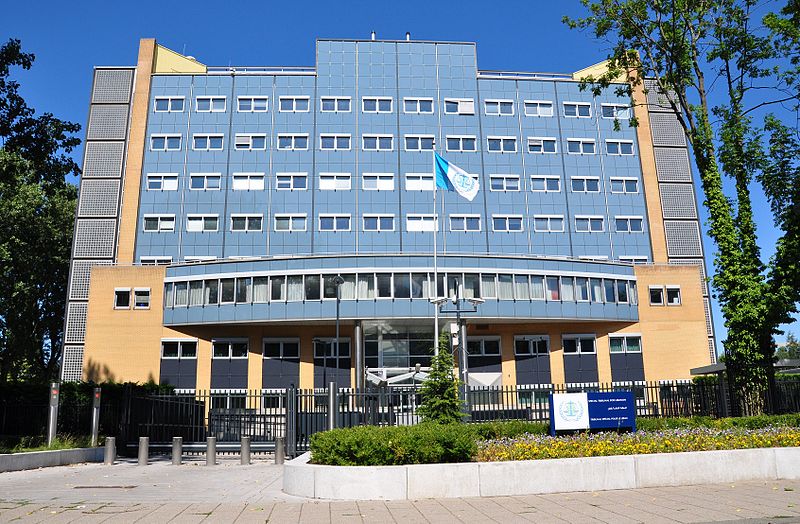 The Special Tribunal for Lebanon (STL) or “Hariri Tribunal”, is an international criminal tribunal mandated to prosecute those responsible for the killing of late Lebanese President Rafiq Hariri on 14 February 2005.  An Agreement between the United Nations and the Lebanese Republic established the STL pursuant to Security Council Resolution 1664 (2006). It is not a UN court, but an independent judicial organization. The STL opened its doors on 1 March 2009 in in Leidschendam, near The Hague (the Netherlands) and it has a field office in Beirut, Lebanon. The Court has jurisdiction over persons responsible for the attack on Hariri as well as over persons responsible for related attacks that possibly occurred between 1 October 2004 and 12 December 2005. The Lebanese Criminal Code is applicable at the STL. International law is used for reasons of interpretation. The Court has concurrent jurisdiction with national courts. Before the establishment of the STL, there were investigations into the murder of Hariri by the UN International Independent Investigation Commission (UNIIC). The UNIIIC, established in 2005 by Security Council Resolution 1595, assisted Lebanon by gathering evidence and conducting investigations. After the UNIIC mandate ended, the STL started working. The STL started by ordering the release of four pro-Syrian Lebanese generals from detention in Beirut for reason of lack of evidence. In 2011 the Pre-trial Judge confirmed the Prosecutor’s indictment of Salim Jamil Ayyash, Mustafa Amine Badreddine, Hussein Hassan Oneissi and Assad Hassan Sabra for the murder on Hariri. The indictment and arrest warrants were handed over to the Lebanese authorities, without any result until now. Interesting about the STL is that it allows trials in absentia. 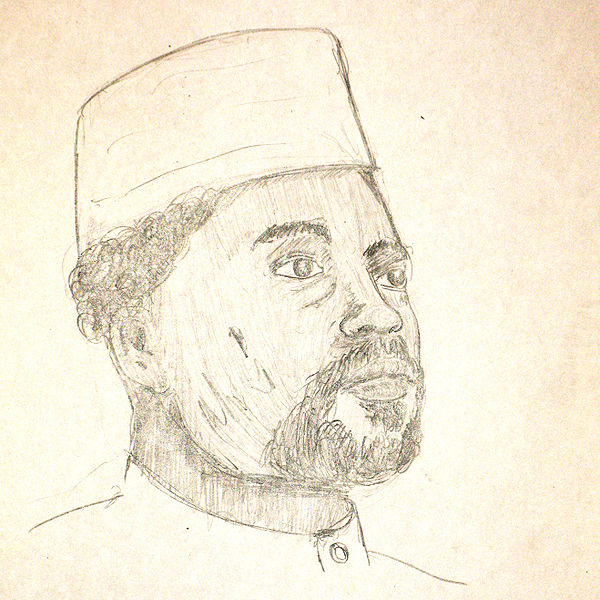 On 22 August 2012, the African Union (AU) and Senegal signed an agreement establishing a special court with international elements within the Senegalese judicial system. On 8 February 2013, these so-called Extraordinary African Chambers (EAC) were inaugurated. According to the Statute of this new mechanism, which has already been qualified as a hybrid tribunal by TRIAL, the EAC have the power to prosecute and try the person or persons most responsible for international crimes (genocide, crimes against humanity, war crimes and torture) committed in Chad between 7 June 1982 and 1 December 1990. The EAC consist of Senegalese (investigative) judges – at the Chambre africaine extraordinaire d’instruction du Tribunal Régional Hors Classe de Dakar (Investigative Chamber within the Tribunal Régional Hors Classe de Dakar) and at the Chambre africaine extraordinaire d’accusation de la Cour d’Appel de Dakar (Indicting Chamber within the Dakar Court of Appeals) – and a mix of Senegalese judges and judges from other AU countries – at the Chambre africaine extraordinaire d’assises à la Cour d’Appel de Dakar (Trial Chamber within the Dakar Court of Appeals) and the Chambre africaine extraordinaire d’assises d’Appel près la Cour d’Appel de Dakar (Appeals Chamber attached to the Dakar Court of Appeals). On 2 July 2013, Hissène Habré, President of Chad from 7 June 1982 to 1 December 1990, was charged with crimes against humanity, torture and war crimes and placed in pre-trial detention. For more information, see here.

On 30 May 2016, Hissène Habré was convicted of crimes against humanity, war crimes, and torture, including sexual violence and rape, by the Extraordinary African Chambers and sentenced to life in prison. On 29 July 2016, Habré was ordered to pay $34,000 (£25,627) to the victims of his crimes.