Left Behind: The Portuguese Jews that Didn’t Escape the Inquisition

In the month of January 2018, I was invited by the board of Centro de Estudos Judaicos do Alto Tâmega (CEJAT) to present at the second symposium on Judaism. They requested that I speak about the Jewish customs of the Portuguese Jews throughout the diaspora. Initially, I thought it was not going to be a difficult task because I had already written a book on this. I wanted to include my current research on Portuguese Jews and slavery.

I finally decided to speak about the following aspects: the liturgy, Hebrew terms transliterated into Portuguese, Greetings, Synagogue roles, Decorum, and the two types of slaves, i.e. domestic and plantation. This was going to be my first presentation at a conference in the Portuguese language; not a challenge at all. 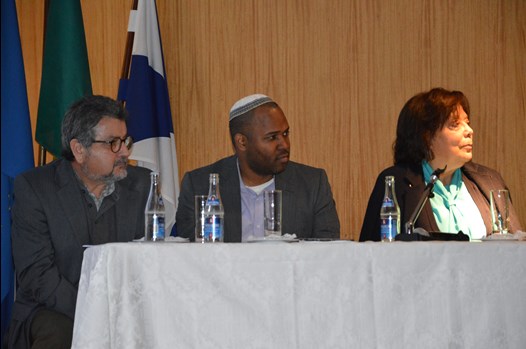 The next day during the symposium, I presented my research during the first panel, together with Anun Barriuso and José Manuel Laureiro (Centro Isaac Campantón, Zamora, Spain) and Jorge Martins (Lisboa, Portugal). Amazingly, no one was shocked about what I presented on the use of African slaves among the Portuguese Jews. I guess this issue is far-removed from the consciousness of the general populace.

As I listened to all of the presentations in Spanish and Portuguese, I had realized that I was in Portugal, very close to my ancestral town, Lara, in the Monção province. My family had moved there from Burgos, Spain after the forced conversions in 1391, and then left to France and Holland during the sixteenth century.

That night, I lead the prayers in Hebrew with Portuguese explanations for a congregation of about 40 persons. Most of these people had never attended a synagogue service. I explained the details of the Shabbath dinner and could see happy faces across the table. A few of the guests opened up to me and began telling me about their Jewish practices and memories of the ancestors. I felt I was home with my extended family that I had not seen for a long time. 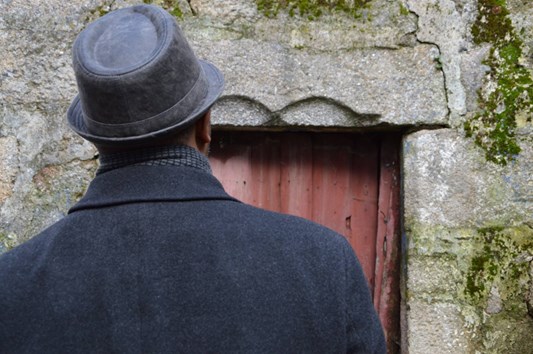 This House Signals the Residence of a Friend of the Inquisition

The next day, we toured various towns where Jews lived and New Christians were tried by the Inquisition for judaizing, namely, Chaves, Valpaços and Lebução. In Chaves, we saw a Roman bridge built by the emperor Trajan. In Lebução we located where some Jews lived before the forced conversions in 1497. At the end of the day as I bid my farewells with two kisses on the cheek, it was hard to leave these people. The board of the CEJAT thanked me for my participation in the symposium and for leading the prayers and Shabbath dinner. 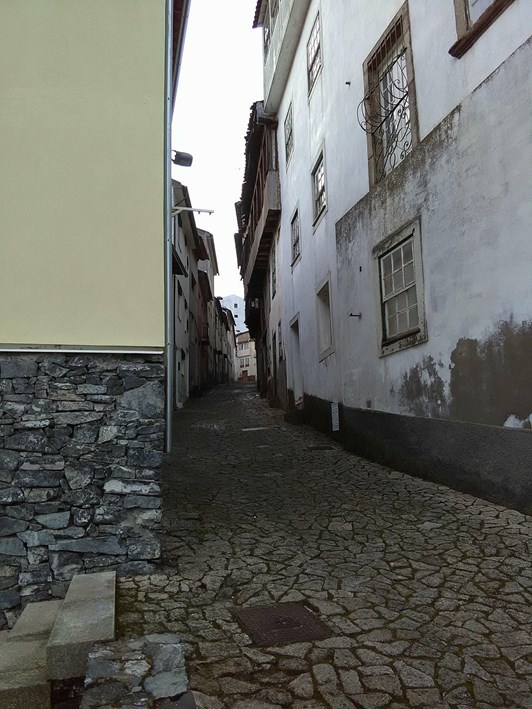 Orobio de Castro street. Dr. Isaac Orobio de Castro escaped the Inquisition and     reverted to the open practice of the Jewish tradition in Amsterdam in the seventeenth century.

It wasn’t until later that night that I broke down in tears. I had realized that I was lucky, since my family managed to escape such an intolerant society. I had the opportunity to listen to the experience of one of the locals in the Tras-os-Montes region. She had explained to me how it feels to be in between two worlds and not feel at home in either—neither Catholic nor totally Jewish. The next day, she took me to Jewish museum and Sepharadi Center in Bragança. We also visited the Jewish quarter before the fifteenth century and the streets were there was a synagogue.

My journey in the Tras-Os-Montes region ended with a Jazz concert at Praça 16 bar. After the first piece, I told the audience that I was a rabbi in addition to being a Jazz musician. I jokingly, or not, said to them, “Welcome to my synagogue.” The crowd applauded and cheered away. I didn’t really expect that reaction, knowing it was difficult for the people to embrace their Jewish identity and dark past. As I performed the compositions from my Jazzphardic project, I explained the history and inspiration of the Sepharadi melodies with my Latin-Jazz fusions. I felt that I had shared a part of my soul with the audience. This trip will be one that I will forever cherish in my heart. Until next time…Até já!