The Global City Project explores the global city as the crucial place where citizenship and fundamental rights have been debated in the past and in the present. It also questions the role and position of the global city on the international stage. The project consists of four individual PhD studies.

Two PhD Candidates are exploring the seventeenth-century intellectual history of Amsterdam - arguably, one of the global cities of the 17th century - with a particular emphasis on the influence of the socio-political and legal ideas coming out of the dialogues between the Portuguese Jewish community and local Dutch authorities on the legal thinking on urban diversity and citizenship (research conducted by Julia van der Krieke), as well as the legal views on trade relations with non-European peoples and the slave trade in particular (research conducted by Yehonatan Elazar-DeMota).

Two PhD Candidates focus on the role of international law (in particular human rights law) in the engagement of global cities with the urgent (global) social challenges of the 21st century impacting urban life. One doctoral project examines the current manifestation of the global city at the transnational stage through the interaction of urban actors with the international human right to housing (research conducted by Miha Marcenko), while the second project examines how the reproduction of human rights norms, within the context of urban migration, contributes to trust and/or control within the global city (research conducted by Lisa Roodenburg). 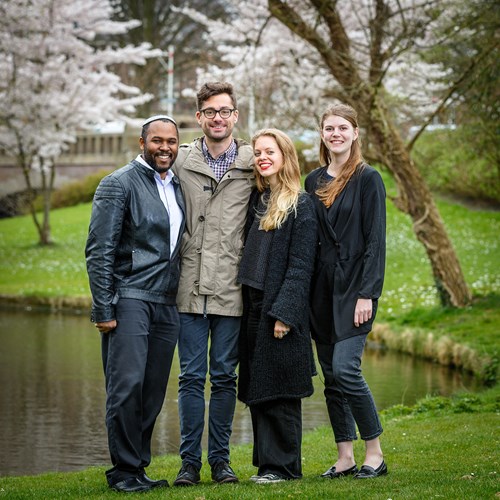