Our Fourth Annual Conference was hosted by Vrije Universiteit Amsterdam and the University of Amsterdam together with the Asser Institute from 22-24 June 2021 and included panels, workshops, and a keynote delivered by Prof. Gerard Quinn, the UN Special Rapporteur on the rights of persons with disabilities.

Our Fourth Annual Conference on ‘Human Rights and Vulnerability’ was hosted by Vrije Universiteit Amsterdam and the University of Amsterdam together with the Asser Institute from 22-24 June and included panels, working group workshops and a keynote by Prof. Gerard Quinn, UN Special Rapporteur on the rights of persons with disabilities. Attended by human rights researchers and students worldwide, the sessions were highly interactive and well-received by the audience.

The event kicked off with a PhD workshop offered by Dr Monika Mayrhofer (University of Vienna), aimed to sensitize students to the power and risks of the concept of ‘vulnerability’ in human rights research.  This was followed by a Plenary Panel on the conference theme moderated by Dr Ingrid Leijten (Leiden) with remarks by Dr Lieneke Slingenberg (Vrije Universiteit Amsterdam), Dr Alexandra Timmer (Utrecht University), Dr Moritz Baumgärtel (Utrecht University), and Dr Louis Kotzé (North-West University, South Africa). The panel explored the concept of vulnerability from multiple standpoints in the field of human rights, such as its application in relation to migration and environmental issues.

After a welcome message by Prof Yvonne Donders (University of Amsterdam and chairperson of the NNHRR Steering Committee), the plenary panelists first articulated how vulnerability manifests itself within their specific subfields of research. Panelists observed that vulnerability allows for developing a more substantive understanding of inequality in courts and human rights bodies. Vulnerability theory is also a more accessible approach to defending the human rights of groups at risk, given that the concept of vulnerability itself is generally understood.

Panelists went on to discuss the potential drawbacks of vulnerability within international human rights. It was emphasized that the risks of using vulnerability concepts depends heavily on which actors use it and in what context. Crucially, vulnerability could be seen as a substitute for (human) rights-based legal membership, because vulnerable groups are sometimes not seen as fully-enfranchised members of society.

Round table Discussion on Research concerning Persons with Disabilities

The round table discussion on research concerning persons with disabilities brought together scholars focusing on disability rights in the Netherlands and beyond. PhD candidate Rieneke Stelma-Roorda and Prof. Kees Blankman (Vrije Universiteit) introduced the NWA-ORC research on empowerment and protection of the elderly, which starts in September 2021. This large study, which will span over six years, will develop a new legal system to protect and empower the elderly.

Next, PhD candidate Natalie Schuck (University of Groningen) gave a presentation about her research on human rights and mental health, after which Prof. Lisa Waddington (Maastricht University) provided a broad picture of the work done in the field of disability rights at her institution. PhD candidate Adriana Caballero Pérez (Maastricht University) also discussed her work on the opportunities of persons with disabilities to exercise their right to vote. 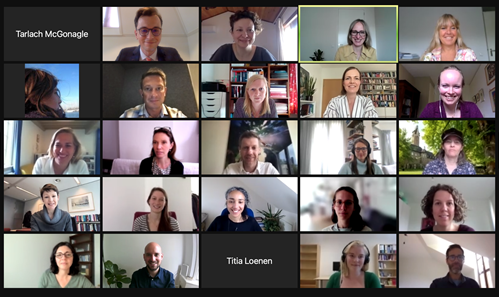 Keynote: Putting the Human back in Human Rights

The keynote speech was delivered by Professor Gerard Quinn, United Nations (UN) Special Rapporteur on the rights of persons with disabilities. During his captivating talk, titled ‘Putting the Human back in Human Rights’, Prof Quinn emphasized the importance of imagination in law and public policy.  After being introduced by Dr Karin de Vries (Vrije Universiteit Amsterdam), Prof Quinn pointed out that we have a one-dimensional image of the human in human rights. For instance, much of contemporary human rights doctrine is about the relationship between the person and power. We therefore need a much richer concept of the human person. Quinn also focused on the centrality of home by discussing the conception of person in the UN disability treaty, which is both individual and social as evidenced in article 19 of the treaty focusing on the right to live independently while being connected to the community. 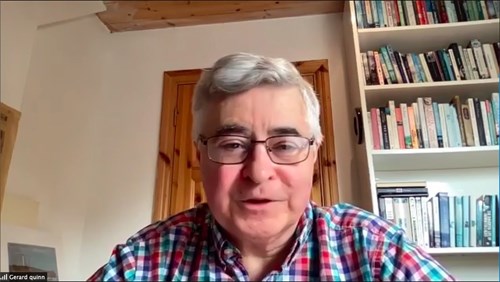 Vulnerability and Business and Human Rights

The Business and Human Rights Working Group held a panel discussion on ‘Vulnerability and Business and Human Rights’. Dr Gamze Erdem Turkelli, (University of Antwerp Law Faculty), discussed children’s rights and business, and emphasised on the need to focus on the rights of people in vulnerable situations because rights equal empowerment. According to Gamze, the idea that children have rights reconceptualises the power relationship between children and the state as well as between children and businesses, and it is important that we have a rights language that empowers children and allows them to advocate on their own behalf.

Dr Laura Inigo Alvarez, (Nova Centre on Business, Human Rights and the Environment, Nova University Lisbon), took the audience through a number of cases before OECD National Contact Points (NCP) where indigenous groups brought complaints against multinational companies. In order to be more effective, Laura argued that the NCP mechanism should provide greater attention to the needs of victims of corporate abuse, especially indigenous groups and individuals from the Global South. Finally, Dr Jonathan Kolieb (Graduate School of Business and Law, RMIT University in Australia), started his presentation by reflecting on the concept of vulnerability in academia. Jonathan noted that armed conflict is a context in which many members of society become vulnerable to human rights abuse, and shared his experiences working with businesses that did not have a good understanding of the differences between international humanitarian law and human rights. 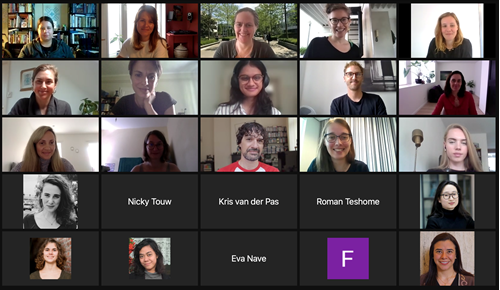 This webinar, convened by the NNHRR Migration and Borders Working Group, employed a conceptual perspective to explore aspects of vulnerability within the context of migration. Moritz Baumgärtel (Utrecht University and University College Roosevelt) and Sarah Ganty (Yale University and Université Saint Louis) opened the panel by arguing that migratory vulnerability could be a ground for discrimination under Article 14 of the ECHR. They also illustrated how such a claim might be made by using the example of migratory vulnerability in the context of COVID-19. Next, Stephanie Rap (Leiden University) approached the concept of vulnerability from the angle of minor migrants, highlighting that despite their status, viewing them only as vulnerable objects is not in keeping with international children’s rights law and standards, nor with the reality on the ground. She provided many examples from her own empirical research based on interviews conducted among minor migrants in the Netherlands. Finally, Jordan Dez (Vrije Universiteit Amsterdam) discussed the vulnerability of irregular migrants, tying them to Judith Butler’s theory in the co-edited volume Vulnerability in Resistance (Duke: 2016). Her presentation was based on interviews carried out with members of ‘Print Rights’, a local group of asylum-seekers that provided masks to undocumented refugees in Amsterdam during the pandemic.

Vulnerability and Human Rights in the Digital Age

This panel discussion, convened by the NNHRR Human Rights in the Digital Age Working Group, explored different human rights ramifications of the concept of vulnerability in the digital age. All the speakers, who included Dr Lottie Lane (University of Groningen), Paddy Leerssen (University of Amsterdam), Eva Nave (Leiden University) and Leon Trapman (Radboud University Nijmegen) addressed the relevance of vulnerability in their specific area of research. The panellists also explored selected aspects of the Guidelines of the Committee of Ministers of the Council of Europe on upholding equality and protecting against discrimination and hate.

The Toogdag 2021 Programme is available here.