Asser researcher Dr León Castellanos-Jankiewicz has published an analysis in Opinio Juris arguing that the recent US border closure breaches international refugee law, despite its stated aim of containing the coronavirus pandemic. ‘Discriminatory action against migrants is being cloaked as a public health emergency response.’

As nearly half the world goes under lockdown to contain the spread of COVID-19, migrants have been especially helpless in the face of governmental measures restricting the movement of persons. The border between Mexico and the United States constitutes one flashpoint where conditions are rapidly deteriorating.

On March 20th, the Mexican and American governments partially closed their land boundary, barring all non-essential travel until April 20th. The challenges of implementing these tightened controls to protect public health are staggering: documented crossings amount to over 990 million annually, making this the busiest international boundary worldwide.

Unprecedented measures
In his piece, León argues that the pandemic is also being invoked by the Trump administration to roll out unprecedented measures aimed at deporting migrants and asylum seekers. These new provisions place migrants at severe risk of kidnapping, torture, rape, and, ultimately, death. Their adoption and ongoing implementation, therefore, bring the United States in breach of international refugee law, particularly as regards the obligation of non-refoulement.

León concedes that although the US government is duty-bound to avoid the spread of contagion through immigration and other restrictions, he underlines that procedures discharging that obligation must be applied in a proportionate and non-discriminatory manner. According to León, absent any proof that migrants constitute an important source of contagion, these new restrictions can hardly pass muster as being proportionate, legitimate or necessary, given that they seem disconnected from immediate public health concerns. Instead, he shows how the new rules aggressively target migrants and why their application represents a credible threat to the personal integrity of refugees and asylum seekers.

Breach of non-refoulment obligations
The far-reaching authorisation issued by the US Department of Homeland Security requires officials to immediately remove undocumented migrants regardless of their provenance and, most problematically, to return all asylum seekers without distinction to their country of origin or point of entry without being processed. Moreover, according to The Washington Post, the US government is now expelling all border-crossers to Mexico in 96 minutes on average.

These expulsions, León argues, contravene the non-refoulement obligations contained in Article 33 of the Refugee Convention of 1951 that bind the United States through its accession to the 1967 Protocol and customary international law. Pursuant to the guarantee of non-refoulement, individuals cannot be returned to their country of nationality if they have a well-founded fear that their life, bodily integrity or fundamental rights would be threatened there.

In his post, León also shows how President Trump’s new restrictions have also diverted the public’s attention from other, more drastic, measures adopted by his administration against migrants and refugees beyond the border area. On the day of the partial closure, for instance, the US Centers for Disease Control and Prevention suspended the introduction of persons from designated countries, including Mexico, in the interest of public health for one year with the possibility of indefinite extension. This comes on the heels of the cancellation of all deportation hearings in US immigration courts from March 18th for health and safety reasons. 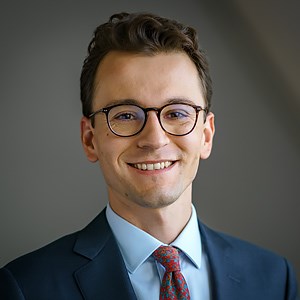 Life-threatening implications
Taken together, León observes that these measures could effectively bring the entire US asylum system to a grinding halt, thus placing migrants and refugees at severe risk. Their lack of any sunset provisions also brings the US in breach of the aforementioned obligations contained in the Refugee Convention. The immediate return policy is also disproportionate to the objective sought, considering that the US government has failed to demonstrate that migrants constitute a focal point of contagion. Therefore, with expelled refugees being exposed to the credible threat to loss of life, León argues that the obligation to avoid that threat greatly outweighs the application of these new measures.

Emergency response cloaks discriminatory action
The stated aim of this unparalleled operation is to contain the coronavirus pandemic, but the methods used hardly withstand scrutiny when measured against the ostensible health risk posed by migrants. León’s main argument to support this claim lies in the fact that the US government has not provided conclusive evidence that migrants have been significantly exposed to the virus.

Indeed, on the day in which the closure came into effect, the World Health Organization (WHO) reported 164 confirmed cases of contagion in Mexico, whereas the US had 15,219 infected patients. Furthermore, Honduras, Guatemala and Belize, which are countries from where many migrants originate, had 36 cases in total. Although the lack of testing capabilities in Latin America might skew statistics, travelers may not be turned away on this ground alone, and their fundamental rights should be respected, according to the WHO’s International Health Regulations. It would seem, then, that discriminatory action against migrants is being cloaked as a public health emergency response.

Conclusion
León concludes that the efforts to contain COVID-19 are placing a formidable strain on solidarity mechanisms established by international law, and risk placing vulnerable groups in evermore precarious situations. As borders continue to harden, he cautions that governments should bear in mind that restrictions to freedom of movement and liberty will only be justified if they are proportionate, time-bound, strictly necessary and applied in a non-discriminatory manner. In particular, they should not unduly affect human rights or the right to seek asylum.

León Castellanos-Jankiewicz (@leoncastjan) is a researcher at the Asser Institute for International and European Law, The Hague. He is part of the research strand Human dignity and human security in international and European law which adopts as its normative framework a human rights approach to contemporary global challenges, León’s work focuses on human rights, transitional justice and minority protection.