The safe repatriation of the children of former IS fighters living in Syria and Iraq is urgent and has been unnecessarily delayed by court proceedings, writes Asser researcher Dr Rumyana van Ark, who recently signed a book contract with the publisher Edward Elgar for a co-authored book on 'Counter-Terrorism, 'Foreign Fighters' and Children's Rights'.

Researcher Dr Rumyana van Ark and her co-authors Dr Devyani Prabhat (Bristol Law) and Dr Faith Gordon (Monash University) have recently called for attention to the plight of the many thousands of children from former ISIS fighters that are stuck in prison camps in Syria and Iraq. In three international publications (see below), the three authors reflect on the impact on the children of counter-terrorism measures that were imposed on their parents.

Van Ark: “Some countries, such as Belgium, France, Norway and Australia, for instance, have repatriated a limited number of orphans of IS fighters. But we see many states are reluctant to follow suit. On the contrary, although we have many well-accepted international principles and obligations to protect the rights of these children, many governments are avoiding giving clarity on the question of how the rights of affected citizen children - whether impacted by parental deprivation of citizenship or due to other circumstances - can be protected and placed at the core of governmental repatriation discussions. I think that every child deserves legal protection from the country of their citizenship, and in our articles my co-authors Faith Gordon, Devyani Prabhat and myself argue that repatriation of the children of (suspected) FTFs should be matter of urgency rather than a political choice.”

Pressing issue
According to the researchers, it is the courts rather than governments that are attempting to provide clarity on this complex and pressing issue. In the Netherlands, for instance, the advocaat-generaal of the Dutch Supreme Court has advised the Supreme Court that the Netherlands does not have to repatriate a group of 23 Dutch women and their 56 children currently detained in Northern Syria. The group is seeking collective repatriation as the children are not allowed to travel away from that region without adults. Van Ark: “In general, the Dutch Supreme Court tends to follow the advice of the advocaat-generaal and thus it is likely that this group will not be repatriated.”
The authors are calling attention to the significant legal issues that come with deprivation of nationality that several states, such as the UK and the Netherlands, are using as part of their preventative counter-terrorism toolkit. According to Van Ark and her colleagues, deprivation of citizenship has the dual aim of ‘immobilising and punishing citizens who are suspected of being foreign fighters’. Although countries like the UK and Australia for instance, have arguably less restrictive legal options such as a temporary exclusion order, deprivation of citizenship has become a staple response of the national security policies of these two countries and more recently of other countries such as the Netherlands.

Harsh conditions
Children in particular, can become the unintended victims of a citizenship deprivation order, argue the three authors. An example is the case of Shamima Begum - a British girl that travelled to Syria to join Islamic State when she was 15, and who had her nationality revoked in 2019 by former home secretary Sajid Javid. In 2019, soon after the decision to strip Begum of her UK citizenship, Begum lost her infant son in the harsh conditions of the prison camp, a fate also met by two other young children that Begum had in the conflict-area. As Van Ark and co-authors write: “While this is a case at the more extreme end of the spectrum, thousands of other children continue to face complex challenges and uncertainty as to whether they will return to their country of citizenship. Regrettably, if the political discourse surrounding these children continues to be dominated by national security risk/ threat considerations, it is likely that the daily precarity these children face will continue, as well as the denial of their basic rights under international law.”

Van Ark writes that revoking citizenship is ineffective as a counter-terrorism measure, and merely symbolic: “Once citizenship has been revoked, an individual loses the right to re-enter the former home country, as well as the right to receive diplomatic and legal protections. It is basically a modern version of banishment; you are expelled on the grounds of national security or for the public good. But by revoking a citizenship, a state simply exports the potential risks to another state. This is an arguably simpler and quicker solution than engaging in an investigation to establish criminality, court proceedings and rehabilitation.”

Funding for additional research
For the book with publisher Edward Elgar, the three authors will approach the operation of counter-terrorism measures from a children's rights perspective and with reference to the special status of children within the international legal framework. With funding from the Society of Legal Scholars (SLS) in the UK, the authors will run two multi-disciplinary webinars/workshops to investigate the issue further. 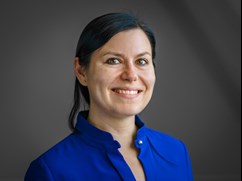 Van Ark is part of the Asser research strand Human Dignity and Human Security in International and European Law which adopts as its normative framework a human rights approach to contemporary global challenges, inter alia in the fields of counter-terrorism, especially with regard to the topic of foreign (terrorist) fighters, international and transnational crimes, new technologies and artificial intelligence, and historical memory.

Click here to see last year’s reviews (video) and sign up to profit from the Early Bird fee.