Event: The autonomy of the EU legal order

Professor Christina Eckes will deliver a lecture on the autonomy of the EU legal order at the Asser Institute on 4 February. In her seminar, which is part of the Centre for the Law of EU External Relations (CLEER), professor Eckes will elaborate on to what extend the Court of justice provides the EU with core elements of state sovereignty. The seminar is open to the public and will start at 15:00. 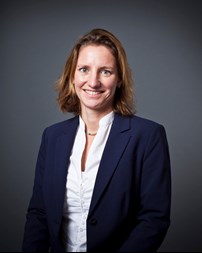 About CLEER (Centre for the Law of EU External Relations)
Since 2008, the Centre for the Law of EU External Relations (CLEER) aims at providing the tools to understand the multi-faced and intra-disciplinary reality of the law and policy of EU external action. CLEER is a unique repository of legal expertise bridging practitioners with academia, and merging practice with theory. As a network, CLEER is an academic platform for research coordination and cooperation between its members in view of joint events, joint publications, and funding opportunities. It links world-leading EU external relations experts from distinguished universities and institutions in the Netherlands and in Europe. This project is led by Asser researcher Dr Eva Kassoti. For more information about CLEER click here.