Asser researcher Dr Misha Plagis published a blog on The ACtHPR Monitor as part of a blog-series on the practice of regional human rights courts. In her new post, she explores how the African Court on Human and Peoples’ Rights (African Court) use other sources and interpretations of human rights law as a tool to interpret the African Charter in its leading cases.


As one of the newest human rights courts, the African Court has much less jurisprudence on which to build than its European and American counterparts. The piece explores how the African Court and other actors use the mandate of the Protocol establishing the Court, which allows it to refer to the international, European and inter-American human rights systems in making its decisions. 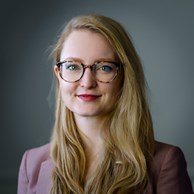 Plagis explores this by examining the African Court’s use of these sources in three leading cases:

This post is part of a series of posts to be published on the ACtHPR Monitor this month and early March. The series include guest posts on the human rights functions of the Court of Justice of the Economic Community of West African States (ECOWAS) and the East African Court of Justice, as well as the European Court of Human Rights, and the Inter-American Court of Human Rights. Read the full kick-off blog post by Plagis here. Read all the newly released posts in this collaborate series here.


Dr Misha Plagis is a researcher at the Asser Institute and the Associate Editor of the The ACtHPR Monitor Blog, which aims to provide independent news, comment, and debate on the African Court. Plagis is a researcher for Asser's research strand on Advancing Public Interests in International and European Law. This research strand aims to critically examine how International and European law may further the protection of public interests in a globalising (and privatising) world.