On Wednesday March 16, Asser Institute researcher Eva Kassoti will provide expert opinion in the European Parliament's hearing on 'The human rights and trade nexus in the context of non self-governing and occupied territories.'

The debate will assess the implementation of international human rights law in non-self-governing and occupied territories, including how trade policy can support the promotion of human rights considering the specific situation of these territories.

Eva Kasotti has written extensively on the EU’s practice in relation to trade agreements in non-self-governing and occupied territories. Some key publications are: 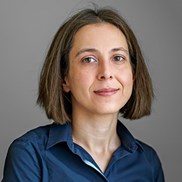 Dr Eva Kassoti is a senior researcher in International and EU Law as well as the academic co-ordinator for the Centre of the Law of EU External Relations (CLEER) at the T.M.C. Asser Instituut.

Eva Kassoti is further a project leader of the Asser Institute’s Global Europe project, which investigates public interests in the EU’s external action. The project analyses the EU’s external policies and action with a view to establishing the EU’s capacity to exercise principled and value-based global leadership.