The summer transfer window, the period when football clubs sign new players coming from other teams, is now closed in Europe. During the transfer window, the sports news arena is swarmed with the latest deals signed between major clubs and prominent football players as well as rumours on potential transfers. This summer, the Netherlands set a new transfer record of 670 Dutch players who made a transfer from, to or within the country, as compared to its old record of 648 transfers in 2017.

Piercing through the noise of the negotiations and gossip, the football transfer market continues to be a source of legal challenges relevant to the sports law world. For instance, third party ownership, while having been officially banned according to FIFA’s Regulation on the Status and Transfer of Players, promises to remain a source of litigation and there is little evidence that an end to this saga is in sight.

Third-party influence on clubs
With this background in mind, the functioning and regulation of the international football transfer market constitutes one of the key themes in this year’s edition of the ISLJ Annual International Sports Law Conference on the 24th and 25th of October. One of the speakers on this topic, Shervine Nafissi from the Université de Lausanne, will provide an analysis of the scope of application of Article 18bis of the Regulations on the Status and Transfer of Players (RSTP). This article aims to prevent third party influence on sports policy, i.e. transfer policy of clubs. According to Article 18bis RSTP:

No club shall enter into a contract that enables the counter club/counter clubs, and vice versa, or any third party to acquire the ability to influence in employment and transfer-related matters its independence, its policies or the performance of its teams.

Nafissi explains that the objective is for clubs to keep control of their recruitment process but above all of the transfer of their players without these processes being dictated by third parties with a financial interest in these transactions (agents, intermediaries, investment companies). Article 18bis RSTP is relevant insofar as many economic agents, i.e. third parties, are active on the transfer market.

"While it is understandable that a third party providing a service to the club or player must be remunerated, it is necessary for the club to be able to make its own decisions, without thinking about the financial implications that could result from a contract concluded with a third party, which is also in the player's interests," says Nafissi.

During the ISLJ conference, Nafissi and Jan Lukomski from the Poznan University/Lukomski Legal will touch upon the finalisation process of international football transfers and professional football player’s contracts, whereas Xavier Mansat from CRESTA Lawyers will shift the discussion to volleyball and discuss the international volleyball governing body and the player-club employment relationship.

In addition to transfer systems in international sports, the ISLJ conference will also cover topics related to the role of athletes in the governance of international sports as well as the evolution of the Court of Arbitration for Sport and the challenges it faces.

About the #ISLJConf19
In its third edition, the conference gained a reputation for being a place of serious academic engagement for international sports lawyers with a wide range of geographical and professional backgrounds. The conference’s focus on creating a space for an exchange of ideas and opinions on burning issues of international sports law has been praised and acknowledged by speakers and previous participants

The two-day conference will bring together sports law scholars and practitioners for two-days of substantive discussions on various aspects of sports law.

You can find the ISLJ’s preliminary programme here. For more information and to register click here. 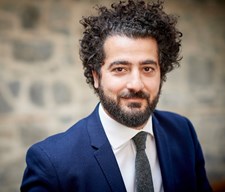 Shervine Nafissi is a legal advisor at Adrestia Legal, a law firm based in Lausanne. He is specialised in contract law, commercial law and more particularly sports law. He is currently completing a PhD thesis in sports law at the University of Lausanne about Third Party Ownership (TPO).