We are very honoured that Sigrid Kaag, Minister for Foreign Trade and Development Cooperation in The Netherlands will join us* as a special guest speaker at the fifth year anniversary of the Annual T.M.C. Asser Lecture on Thursday, 28 November 2019 at a symbolic place for international law - the Peace Palace in The Hague.

This year, renowned legal scholar Prof. Anne Orford will deliver the Fifth Asser Annual Lecture entitled ‘International Law and the Social Question’. Registrations are now open and you can sign up here.

What about the social question?
While international law has played a central role in creating the conditions for market liberalisation on a global scale, many international lawyers have paid less attention to the social question, leaving human welfare, social unrest, labour relations, or migration to be addressed by economists, criminologists, sociologists, or demographers.

According to Prof. Orford, the current situation of people who are dispossessed or impoverished by economic liberalisation, and the exhaustion of the world’s resources have become inescapable barriers to the continuation of ‘global business as usual’.

In her lecture, Prof. Orford puts the social question back on the international law table. How might international economic law-making and adjudication be re-embedded within political processes? And how can foundational political questions about property, security, survival, and freedom be returned to democratic control? 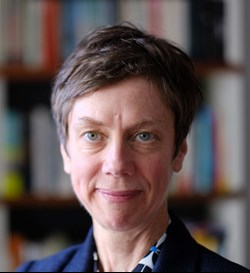 About the speaker
Anne Orford is Redmond Barry Distinguished Professor, Michael D Kirby Chair of International Law, and an Australian Laureate Fellow at Melbourne Law School, where she directs the Laureate Program in International Law. Anne Orford is also an elected Fellow of the Academy of the Social Sciences in Australia. She has held visiting positions at Lund University, University Paris 1 (Panthéon-Sorbonne), the University of Gothenburg, NYU School of Law and Harvard Law School.

Early this year, Prof. Orford responded to a lecture delivered by Prof. Martti Koskenniemi at the Grotius Lecture at the ASIL conference, offering direction for international law in an era of globalisation and multilateralism. Watch the video here.

Last year’s lecture
In 2018, Prof. Martti Koskenniemi delivered the Fourth Asser Annual Lecture on the topic of: International Law and the Far Right: Reflections on Law and Cynicism. Prof. Koskenniemi kicked off a lively debate in interviews for OpinioJuris and NRC Handelsblad about the cultural backlash against globalisation and multilateralism. Watch a short summary of his arguments during the Fourth Asser Annual lecture below:

About the Annual T.M.C. Asser Lecture
Each year the Asser Institute invites an internationally renowned jurist and outstanding public intellectual to deliver the Annual Lecture. They are called to take inspiration from the Dutch jurist Tobias Asser’s vision and to examine – as Tobias Asser did in his days (1838-1913) – how to respond to ‘the condition of society’, especially in the 21st century. The First Asser Annual Lecture was organised to mark the 50th anniversary of the establishment of the Asser Institute. Previous speakers at the Annual Lecture include Prof. Martti Koskenniemi, Prof. Saskia Sassen, Prof. Onora O'Neill and Prof. Joseph Weiler.
T.M.C. Asser Lecture: Public intellectuals who dare to address the questions of our time

* Minister Kaag's attendance is subject to change according to parliamentary developments.