A new season of the Inter-University Programme on International Criminal Law and Procedure begins today. This year, over 550 Lebanese students applied to participate in the programme, by far the highest number to date since the launch of the programme in 2011. The programme offers the students a unique opportunity to follow lectures remotely from their classroom and learn about international criminal law and procedure.

Justice is often understood as court-bound: it is either that the perpetrator is found guilty or not. However, a training course on criminal justice for Lebanese students co-organised by the Asser Institute, the Hague-based Special Tribunal for Lebanon (STL) and eleven Lebanese universities shows that justice-building can also take place outside of the courtroom. In a recent article, Anna McMillan wrote about the potential of this inter-university programme.

In 2005, a terrorist attack in Lebanon killed then Prime Minister Rafik Hariri and 21 others. In response to the attack, the United Nations established the STL in 2009 to investigate and prosecute the perpetrators of this crime. Based in the Netherlands, the tribunal is expected to conclude its work this year. While the final verdict is still unknown, we can already witness other contributions the STL has made in the Lebanese society.

Training future generations
Today selected Lebanese students will participate in an online programme provided by the Asser Institute and the Outreach and Legacy Section of the STL. The eighth season of the Inter-University Programme on International Criminal Law and Procedure enables law students from eleven Lebanese universities to follow lectures on the origins, sources, and principles of international criminal law. Other topics include the different international crimes as well as topics related to international criminal procedure. The lectures are delivered by prominent academics and practitioners via internet streaming from the Asser Institute in The Hague to one of the participating universities in Lebanon.

The educational programme started in November 2011 and provides a thorough understanding of international criminal law, an academic field that has been rapidly developing in the last decades. This development has been marked by the creation of the International Criminal Court and ad hoc tribunals such as the STL.

A massive side effect
The training is unique in its scope and results. More than 1000 students have already graduated the programme, and international criminal law has become an integral part of their legal vocabulary. Importantly, the course also brings different Lebanese universities together, transforming the Lebanese academic and legal landscape in general.

Asser Institute project leader Dr Christophe Paulussen notes that the Inter-University Programme has had a far broader societal impact than envisaged. Paulussen: “We were asked to develop a comprehensive programme on international criminal law and procedure. But the programme has also led to increased cooperation among the universities in Lebanon itself.”

Professor Georges Masse of the American University of Science and Technology in Beirut described the programme as ‘the best attempt towards reconciliation in Lebanon, because it brings together universities and students from different backgrounds’. 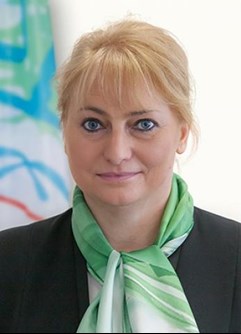 President of STL Ivana Hrdličková says the importance of the inter-university programme cannot be understated. “I have no doubt this exceptional programme, which I highly support, continues to inspire students to study international law and provide an opportunity in the future to use that knowledge and experience for the benefit of the judicial system in Lebanon, or perhaps while working at international tribunals here in The Hague or further afield in the future. “

The Lebanese students are equally enthusiastic. “It was beyond my expectations, as I gained a deep understanding of fundamental topics in criminal law, as well as procedure-related topics such as the functioning and operation of many international criminal tribunals”, says former student Reeda Halawi, who took the course in 2016-2017. The programme led Halawi to pursue a master’s degree in crime and criminal justice at Leiden University. Now she is working as a National Junior Professional at the STL.