The Rana Plaza Collapse
The collapse of the Rana Plaza building on 24 April 2013, left at least 1134 people dead. This tragedy triggered a tremor of compassion throughout the world, but also a widespread feeling of guilt. Bangladesh is the world’s second-largest garment producer, and garments account for almost 80% of Bangladesh’s total export revenue. When Bangladeshi garment and textile workers are being mistreated or their health and safety are jeopardized, it is often in order to produce a cheaper daily wardrobe for the European or American market. Thus, while in a globalising context, it is often easy to forget one’s own responsibility as consumer towards workers we will never meet in person.

The sheer scope of the Rana Plaza disaster made this responsibility brutally and painfully visible. This widespread feeling of guilt has been translated into a number of public and private regulatory initiatives to improve working conditions of garment workers in Bangladesh over the past five years. Mapping and reviewing how these initiatives operate in practice is essential to assess whether they have been successful in remedying (at least partially) the shortcomings that led to the death of so many people.

Steps Forward
To this end, the conference brings together key (trans)national policy-makers and civil society members involved in the aftermath of the Rana Plaza collapse. It is designed to serve as a platform for practitioners and academics to reflect on the steps taken to remedy the harm suffered by the victims of the Rana Plaza catastrophe and on the regulatory mechanisms introduced to ensure that it will never reoccur.

Our first panel will focus on the avenues available to hold individuals and companies legally accountable for the harm caused by the collapse. The second panel will discuss the transnational (public and private) regulatory responses to the tragedy, addressing health and safety in the Bangladeshi garment industry, and other aspects connected to the regulation of the garment value chain. Finally, the last panel will look at the (soft and hard) regulatory developments at the national level in response to the Rana Plaza collapse. 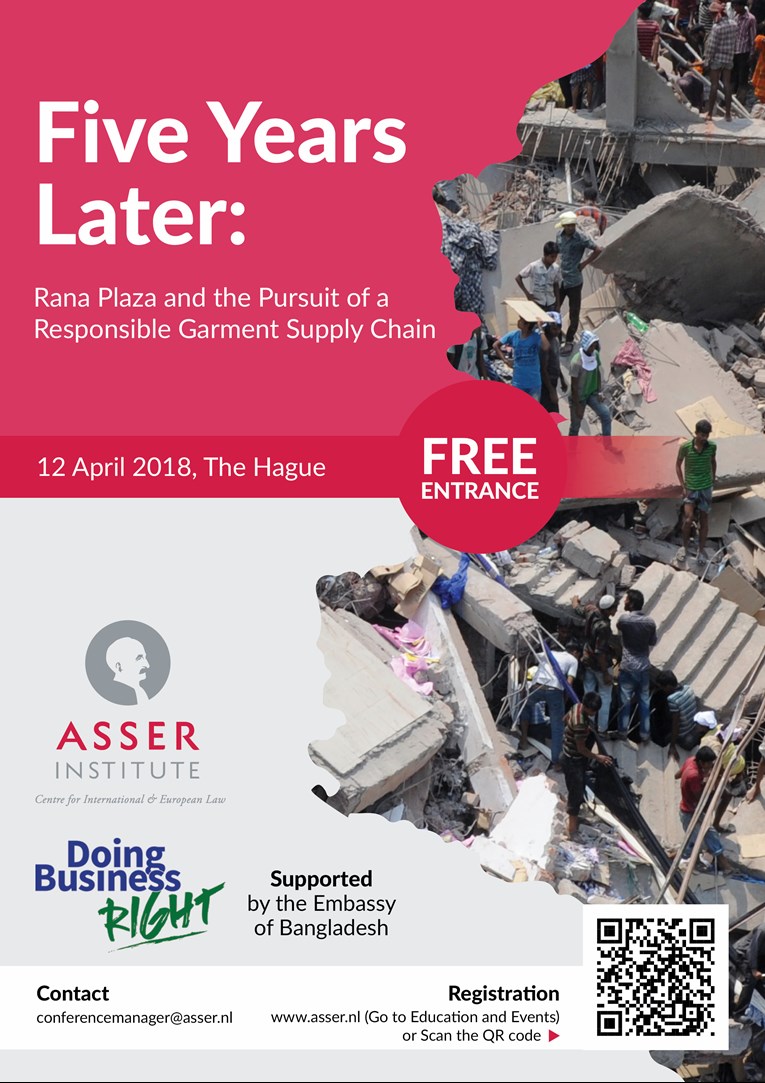 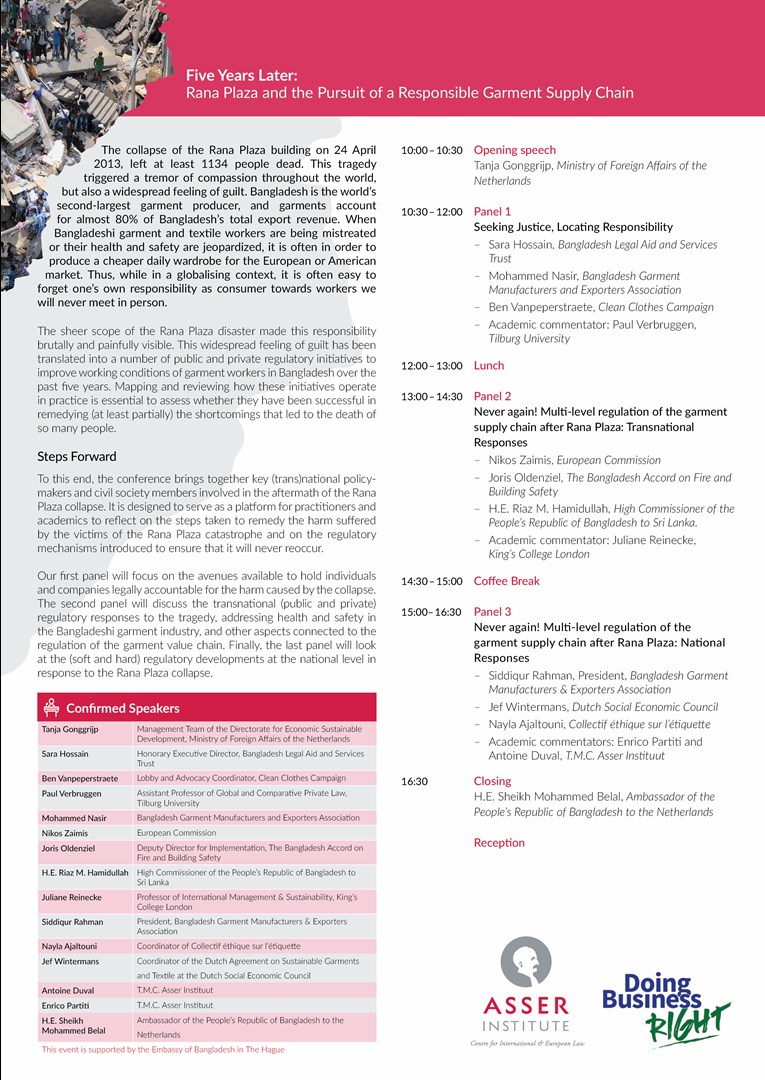