Party autonomy in private international law is founded on notions of freedom of contract and pacta sunt servanda, or the principle that valid agreements must be honoured. This is similar for contract law in domestic settings. But how equal are the parties contracting in either sphere of law really?

On 15 October, the Asser Institute and the International Institute of Social Studies, will host an event with Professor Bhana from the School of Law at the University of Witwatersrand. She will present her work on the use of substantive equality to overcome structural issues in private law, using her home jurisdiction of South Africa as a case study.

Straddling the public-private divide, Professor Bhana argues for substantive equality and its transformative potential on the common law of contract, especially in relation to its operation in post-colonial societies. She proposes that ‘contractual autonomy, whilst necessarily grounded in the value of freedom, needs to be re-conceptualised in a manner that elevates the value of substantive equality’.

Deeksha Bhana is a Professor of Law and the Assistant Dean of Postgraduate Affairs at the Faculty of Commerce, Law and Management, University of the Witwatersrand, Johannesburg, South Africa. Professor Bhana has published widely on various aspects of contract law and has particular expertise on the interface between public and private law in South Africa. Her work engages in depth with the effect of the Constitution on private contractual doctrine, from within the discipline of contract law itself. It focuses on how constitutional / public-law type-justice can be accomplished in private law without overthrowing and rendering unworkable the entire intricate system of contract law, while also fundamentally questioning conventional private law thinking.

There is no registration for this event, first come first seated. For questions please contact: Misha Plagis (the Asser Institute) and Jeff Handmaker (ISS). 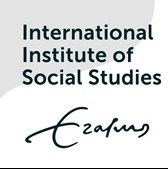