On Wednesday 26 May 2021 from 16.00-17.00 CET, the Asser International Sports Law Centre, in collaboration with Dr Marjolaine Viret (University of Lausanne), is organising its fifth Zoom In webinar on the Court of Arbitration for Sport (CAS) from the perspective of the European Court of Human Rights (ECtHR).

We have the pleasure to be joined by Prof. Helen Keller, former Judge at the ECtHR and a prominent dissenter to the majority’s ruling in the Mutu and Pechstein case.

The ECtHR decision in the Mutu and Pechstein case rendered on 2 October 2018 is widely seen as one of the most important European sports law rulings. It was also the first decision of the Strasbourg court dealing with a case in which the CAS had issued an award. The applicants, Adrian Mutu and Claudia Pechstein, were both challenging the compatibility of CAS proceedings with the procedural rights enshrined in Article 6(1) of the European Convention on Human Rights (ECHR). The court famously declined to conclude that the CAS lacked independence or impartiality, but did find that, insofar as Claudia Pechstein was concerned, she was forced to undergo CAS arbitration and, therefore, that CAS proceedings had to fully comply with the procedural rights guaranteed in the ECHR. In particular, the court held that the refusal by CAS to hold a public hearing, in spite of Claudia Pechstein’s express request, was contrary to Article 6(1) ECHR. Beyond this case, as highlighted by the recent decision of Caster Semenya to submit an application to the ECtHR, the decision opens the way for a more systematic intervention of the Strasbourg court in assessing the human rights compatibility of CAS awards and more broadly of the transnational sports regulations imposed by international sports governing bodies. 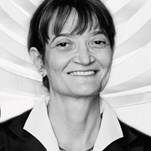 Prof. Helen Keller will discuss with us the implications of the ECtHR’s Mutu and Pechstein decision and the potential for future interventions by the court in the realm of the lex sportiva.

The webinar will take the form of an interview followed by a Q&A open to the digital public.