[New paper] Srebrenica and Rwanda genocides: The continuing saga of state responsibility for the conduct of peacekeeping forces

This weekend marked 25 years since the start of the genocide in the Bosnian enclave of Srebrenica, where over the course of eleven days, more than eight thousand people were killed.

Asser researcher Dr Berenice Boutin and Dr Nataša Nedeski (Universiteit van Amsterdam) co-authored the paper “The Continuing Saga of State Responsibility for the Conduct of Peacekeeping Forces: Recent Practice of Dutch and Belgian Courts”, in which they compare two recent high stakes cases before domestic courts on state responsibility for the actions and omissions of United Nations (UN) peacekeeping forces: a 2019 ruling by the Dutch Supreme Court on Srebrenica in 1995, and a 2018 ruling by the Brussels Court of Appeal on Rwanda in 1994.

Surviving relatives of the victims of both genocides sought to obtain reparation from the Netherlands and Belgium, both troop-contributing states to UN peace keeping operations, for the harm caused by the troops’ failure to protect a number of civilians under their care. In view of the UN’s immunity from jurisdiction, instituting proceedings before domestic courts of troop-contributing states remains one of the rare paths for victims to seek reparation for wrongdoing during UN peacekeeping missions. Although the facts of both cases display some striking similarities, the courts reached opposite conclusions: the Netherlands was held partially responsible while Belgium was exempted from providing any reparation to the victims.

Shared responsibility
In their paper, forthcoming in the Netherlands Yearbook of International Law, the authors critically review the two cases, and analyse in particular the approach of each court regarding attribution of conduct, paying particular attention to the specific factual circumstances of transition and withdrawal in both cases, and to the issue of attribution of legal omissions. They further present observations as to the question of shared responsibility in the context of peacekeeping operations.

One of the conclusions of the paper is that despite decades of scholarly debates, judicial practice and codification by the International Law Commission of the UN, both the Dutch and Belgian domestic courts erred in determining and interpreting the applicable test for attribution of conduct in peacekeeping. The authors further suggest that the UN, which formally purports to assume responsibility for the conduct of peacekeeping forces, should put in place mechanisms to indemnify victims for wrongful conduct by its forces. Read more here. 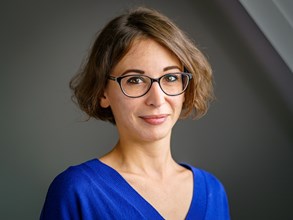 Dr Berenice Boutin is a senior researcher in international law at the Asser Institute. Her work focuses on international responsibility, security, and new technologies. Berenice is part of the Asser research strand Human Dignity and Human Security which adopts as its normative framework a human rights approach to contemporary global challenges, inter alia in the fields of counter-terrorism, especially with regard to the topic of foreign (terrorist) fighters, international and transnational crimes, new technologies and artificial intelligence, and historical memory.