On August 15, it was seventy five years ago that World War II came to an end and a better world emerged from the carnage of it. In an op-ed for international law blog OpinioJuris, Asser academic director Janne Nijman and Mary O’Connell (University of Notre Dame) sketch - at the onset of a new academic year - the contours of a world with extraordinary potential emerging from the Covid-19 pandemic and other crises: “Fundamental change may now be possible in the cold glare of what competition has wrought: pandemic, rising authoritarianism, and militarised policing.”

In the article, Nijman and O’Connell describe how the Cold War, and an ensuing ‘constructed world of competition in economics and military force’, has led to a gradual decline of the better world that was created with the establishment of The United Nations; the adoption of the Universal Declaration of Human Rights, and other institutions and laws that promote peace and human dignity.

A world in need of a new ideational construct

According to the authors, the coronavirus pandemic is a “shared global experience, demonstrating that hyper-connectivity is not just a technological or economic reality but also the reality of the natural world in need of a new ideational construct.” Nijman and O’Connell write: “(…) But this constructed world of competition in economics and military force is not the only one in view. Others exist. One other, with extraordinary potential, is emerging in the pandemic, the movement for Black lives, and the campaign for the environment. It is characterised by cooperation and solidarity and sees human beings as fundamentally decent and capable of compassion.

The authors describe that general principles of law, from equality to good faith, depend on the capacity for compassion, - a view shared by the architects of international law, such as Hugo Grotius: “This alternative perspective rejects pointless, zero-sum competition and defines security as the flourishing of health, the environment, and social justice.”

According to the authors, those that are moving beyond the traditional binary ‘us-v-them approach’ and are ‘acting in the interest of all’ are more successful in tackling our current crises:"The coronavirus pandemic has shown the solidarity paradigm in action. Communities acting in the interest of all are succeeding. Those committed to going it alone, playing the blame game, and the like are worse off.”Nijman and O’Connell argue that there should be no time wasted on a polarised two-sided debate over the ‘better world view’: “Such a debate would adopt the adversarial approach. Better to let the ideas speak for themselves. The ugliness of much health, economic, environment, and security policy may finally be countered in the intellectual space being opened by the multiple crises of the moment. It is a space that needs to be filled with all our creativity and resolve to prevent our crashing beyond the “planetary boundaries” within which we must live, as identified by Johan Rockström. The chance to step away from the edge needs to be taken, not discussed.”

A future beyond militarism and unregulated capitalism

At the start of the academic year 2020, the authors call for international lawyers and educators to use their ideas and means to establish a future that goes beyond militarism and unregulated capitalism. Pro-democracy and equality activists, such as the peaceful protesters in Hong Kong or the Black lives matter movement, could advance more quickly with better ideas to support them, according to the authors, and the concepts of international law and organisation ‘offer the ideas and means to a future beyond fear and greed’: “Those of us who are educators can teach the role of law in building cooperation and its tools of non-violent change. We have been here before, as our predecessors helped envision and realise something better after the carnage of World War II. So many international lawyers worked tirelessly, avoiding despair despite all they had suffered individually, to develop new law for a shattered world community—law for peace, for self-determination, and for human dignity.” 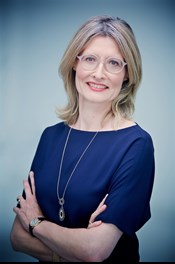 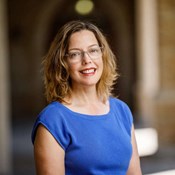