The European Union is one of the most advanced anti-discrimination law systems in the world, but as it exists today, it is only nineteen years old. A new book, EU Anti-Discrimination Law Beyond Gender, is the first to examine the state of EU anti-discrimination law as it has grown over the last two decades. The book, co-edited by Asser Institute Senior Researcher Dr Uladzislau Belavusau and Prof. Kristin Henrard of Erasmus University Rotterdam, will be launched at the Asser Institute on 21 February.

EU law protects people from discrimination based on six grounds - gender, race and ethnicity, religion, age, sexual orientation, and disability. These laws enable people with disabilities to enter the workforce and prevent people from being fired because of their sexuality. When national court systems have refused to punish discrimination, the EU’s Court of Justice has enabled citizens to take their countries to the EU Court of Justice to uphold their right to equal treatment.

A system in development
As progressive as it is, the system as it exists today is still young. Before 1997, EU law only protected its citizens from discrimination based on gender. The protected grounds of race and ethnicity, religion, age, sexual orientation, and disability were mentioned in 1997 in the EU’s Treaty of Amsterdam, but until 2000, people in Europe had only minimal protection from discrimination based on these five new grounds. In 2000, just nineteen years ago, the European Parliament passed its first comprehensive laws, comprehensively banning discrimination on these other five characteristics (its ‘Equality Directives’).

Since then, a lot has changed. Beside gender, five new characteristics (gender, race and ethnicity, religion, age, sexual orientation, and disability) have solidified as protected grounds. The concept of ‘discrimination’ in EU law has widened significantly to include more intangible forms, such as indirect discrimination and workplace harassment. The European Union has signed international treaties, redefining words like ‘disability’ to fit modern medical consensus. The EU Court of Justice has even empowered people not falling under these grounds to sue for ‘discrimination by association’, broadening the scope of who can use EU anti-discrimination law further.

What is left to be done?
Even so, the system today is far from perfect. EU anti-discrimination law is mostly limited to the workplace, leaving people exposed in many other facets of their lives. EU countries apply the law unevenly, with some countries doing more than others to ensure their citizens are treated equally.

So the question remains: since the Equality Directives, what progress has the EU made, and what is left to be done?

On 21 February, the Asser Institute will host an event to address this question. The book launch, which begins at 15:30, will feature the two co-editors and four expert authors, each discussing their findings. To register for this event, please click here. 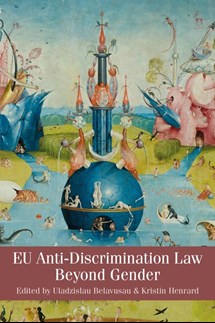 To read the foreword and first chapter of EU Anti-Discrimination Law Beyond Gender, click here.

Testimonials
“The book is a hugely valuable contribution to the existing literature on EU anti-discrimination law and an outstanding piece of scholarly work, providing thought-provoking insights to the way in which the principle of equality applies to race and ethnicity, religion, sexual orientation, age and disability.” –  Koen Lenaerts, President of the Court of Justice of the European Union

“This volume goes to the heart of one of the most dynamic and fascinating fields of EU law. We are faced with an excellent contribution, which will be the reference book on EU discrimination law in the years to come, of great benefit to academics, officials, practitioners, judges and anyone interested in anti-discrimination policies in general.” –  Allan Rosas, Judge at the Court of Justice of the European Union

“This book is a very special kind of garden guide. It compares today's EU anti-discrimination law with a Garden of Equal Delights. The reason for this, the editors explain, is that despite all its flaws, the EU offers one of the highest standards of protection in comparative anti-discrimination law. Whilst this is true, discrimination is a factually complex field of EU law, and understanding and navigating it is helped immensely by the kind of guide provided by this book.” –  Christa Tobler, Professor of European Law at the Universities of Basel (Switzerland) and Leiden (the Netherlands)