[Interview] Researcher Rumyana van Ark: 'How the legacy of the War on Terror continues to cast a deep shadow 20 years post 9/11'

Last week's advanced summer programme that you’re leading focused on counter-terrorism. Why do you think a programme like this is important and can be worthwhile?

This year, with the anniversary of 9/11 coming up, I strongly felt that we needed to take stock of where we are 20 years on. What perhaps has changed for the better or (much) worse in the context of engaging in counter-terrorism measures, security and enforcement, and respect for human rights? And what work still needs to be done?

We also need to keep in mind the various legacies of 9/11, and the fact that these are still felt twenty years on. Ever since the collapse of the Twin Towers, the US has engaged in a never-ending military campaign on a variety of fronts. Although Barack Obama announced on 23 May 2013 that the ‘War on Terror’ was over, in 2017, President Trump expanded the US military presence in Afghanistan. Only recently have the US withdrawn from Afghanistan. Some of the consequences of this withdrawal are already crystalising and others will likely be felt for years to come.

As I’ve mentioned before, there’s a number of counter-terrorism measures that we wouldn’t have considered possible before 9/11, which have now become acceptable, normalised. Unpicking these, reflecting on and challenging them was a core aspect of our course. More importantly, the course facilitated a (virtual) discussion space, in which we used our different viewpoints, backgrounds, experiences and areas of expertise, ages, and our memories of the events on the day to examine the impact 9/11 has had on us individually and personally”. 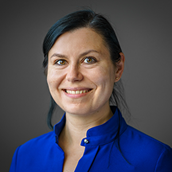