Trade between international commercial actors in Africa and international commercial actors in major trading blocs outside the continent (such as the European Union, United States and China) has significantly increased in recent times. The African Economic Outlook 2017 notes, inter alia, that Africa’s population is approximately one billion people and Africa’s growing population is expected to lead to a rise in consumer spending from 680 billion dollars in 2008 to 2.2 trillion dollars by 2030.

This Masterclass will provide you with the essential legal know-how to invest in English-speaking Africa by equipping you with a sophisticated understanding of the specific operation of private international law in the African context. The four key issues that will be discussed in-depth in this Masterclass are: questions of jurisdiction, choice of court agreements, foreign currency obligations, and recognition and enforcement of foreign judgments.

Chukwuma Okoli is a postdoctoral researcher in private international law at the T.M.C. Asser Institute. His principal research interest is in all aspects of private international law/conflict of laws, with a special focus on the European Union, Nigeria, and English speaking or Commonwealth Africa. He has significant publications on these subjects. He is the author of a substantial monograph on a civil and commercial aspect of European Union Private International Law and the co-author of the leading text on Nigerian Private International Law. 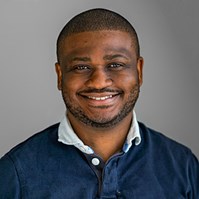 Certificate and NOvA PO points
After the successful completion of this Masterclass, you will receive a professional certificate from the T.M.C. Asser Instituut. This Masterclass has been developed in cooperation with the The Hague Institute of Private International and Foreign Law (IJI) and the Eggens Institute for post academic legal education (University of Amsterdam). Dutch lawyers can obtain 10 PO points for their attendance.